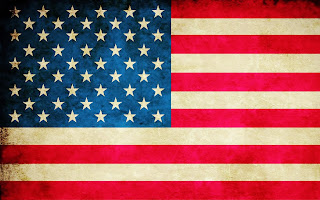 On October 3rd, 2013, I had the privilege of partaking in a Naturalization Ceremony. The courthouse adjacent to the Regions building conducts these ceremonies each Thursday at 10am, at which time a judge legally motions 60 or more petitioners into American citizenship. Immigration, a process, deeply rooted in American history and a fundamental component to the American Dream, has made an impact on my family. Although many American families’ ancestors had emigrated from other places in the world, they themselves as the successors of these immigrants are sometimes so removed that it very seldom comes to mind. My grandfather, however, is still alive. He immigrated to the United States from Samoa and became a naturalized citizen.

Samoan culture is one of the most important cultural facets of our family. Despite genetically being spliced together from English, Scotch, Irish, German, Swiss, Acadian, Samoan, Tongan and Fijian genes, I most easily identify with Samoan and Hawaiian cultures because of my Grandfather. Although he is a proud American, he will never let me forget the knowledge of beautiful Polynesian cultures he has gifted me throughout the years. 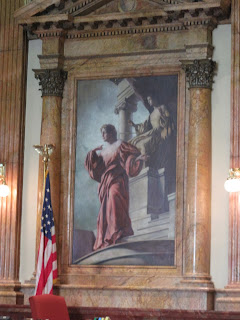 As I sat in the jury box of a lavish marble courtroom, I watched as an assembly of immigrants tuck themselves tightly into the crowded rows of seats before me. Seemingly ordinary, these were the brave souls who picked up from their homelands and moved here in hopes of a better life and opportunities, as a long line of new Americans had done before them. This ceremony was the conclusion of their arduous journey toward becoming American citizens. Their families, on the other hand, that mustered behind them in support, were watching anxiously from the wooden benches in the gallery. The courtroom was filled to the brim with quiet anticipation. Participants gazed upward to the vividly illustrated figures looming over them on the walls, carrying scales and depicting other justice-related imagery. The occasional scream of a child in the gallery would pierce the nervous air. 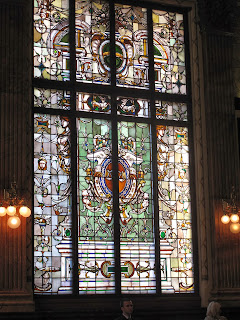 “All rise,” announced a clerk from the door. The judge entered the room robed in her black vestments and everyone stood. She approached her bench. We sat. The judge remarked on this occasion with a speech comparing this new transition to one of a marriage: a long-term commitment to a country and to a people that requires preparation, a solemn oath and life-long dedication. Moreover, like a wedding, this was an occasion that deserved much ceremony and celebration.

As I enjoyed the clerk’s attempt at pronouncing the diversity of names, I came to learn that these petitioners had ventured out from 34 different countries, ultimately convening on this day to make the transition into American citizenship. They each stood when called upon, some very proud and some very timid, reciting their country of prior citizenship. 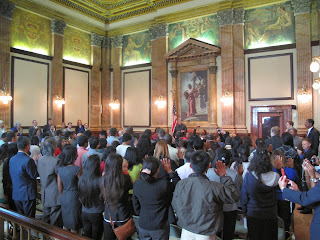 After the court properly recognized all candidates, they all rose, raised their right hands and swore an oath that relinquished them from any foreign power, and equally, an oath that pledged them to the United States of America. Small smiles curled onto their faces and little sighs of relief settled them back into their chairs.

After several organizations formally recognized and congratulated the new citizens, the judge summoned me to the podium. As tradition has it, The International Center bestows a flag to the oldest naturalized citizen every ceremony. On behalf of The International Center, I recited the speech with natural apprehension. Nevertheless, I congratulated Mr. Benjamin Acevedo Gonzalez with a flag flown over the United States Capitol Building. Although he did not seem to understand the speech in its entirety, when I looked into his beaming face, I could tell that he felt it. His wise countenance wrinkled into a smile of gratitude and he graciously accepted the flag. 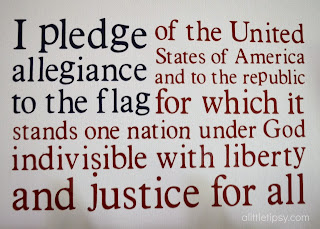 The next tradition entailed that the youngest naturalized citizen lead the entire court in the recitation of the Pledge of Allegiance. A young girl with flowing tresses of strawberry blonde hair stood up, her piercing brown eyes giving the crowd a quick scan. Right hand on heart, everyone oriented themselves to the flag standing proudly above the judge’s bench. She began, reluctantly mumbling, the pledge. Others voices joined hers, and the drone from the crowd nearly drowned out her own timid voice, which seemed to comfort her anyway. Everyone sat once again and the judge concluded the ceremony. The ceremony ended abruptly, with new citizens seeming almost in a daze; perhaps it had not quite hit them yet that they were now actual citizens. 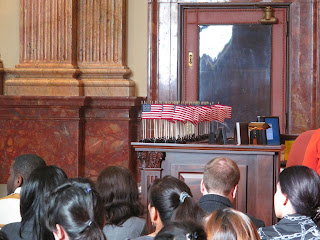 Participants poured out of the narrow green doors of the courtroom, small American flag in hand and materials they had received concerning their rights as newly declared American citizens. They spread into the nearby lobby, clustering and hugging family members and friends. Many of them finally came to the realization that they were indeed American citizens. Camera flashes illuminated the room and cheerful conversation resonated throughout the marble corridor. Had my grandfather’s ceremony been anything like this? I wondered.

Sign Up
Last Week In Review Part II: “This is Alyssa’s story…R...The World Is Coming To Indiana
Scroll to top