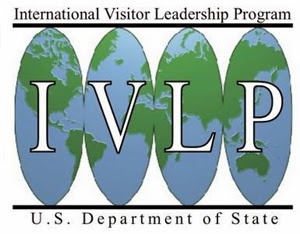 As the intern for the International Visitor Leadership Program (IVLP) at The International Center, it’s part of my job to assist my supervisor – Beth Barich, The Center’s IVLP Program Manager – with preparation and execution of the local program.

Hold on. Back up. Maybe I should explain a few things. First off, IVLP is a professional exchange program run by the Department of State that brings emerging foreign leaders in diverse fields to the United States to meet with their professional counterparts. The International Center’s role in the program is to act as Indiana’s local Council for International Visitors (CIV). The visitors begin their programs in Washington, D.C., or New York City, then move on to various cities within the United States. As I mentioned, we are responsible for organizing the program for when the visitors are in Indiana. 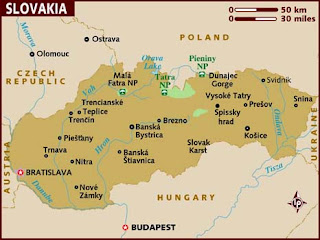 Once we know that we are taking part in a program, we reach out to professional contacts in our network that could provide a meaningful contribution to the visitors’ area of interests – for example, the most recent group was composed of journalists interested in U.S. foreign policy challenges, so we arranged for them to meet with professionals in that field. More on the specifics of that group later.

After wrangling conflicting schedules into a coherent program, we put the information together in an itinerary, which joins a welcome letter, evaluation form, and booklets of information about Indianapolis in one folder per visitor. These folders are the welcome packets that will guide the visitors through their stay in our city. Finally, we get to what is simultaneously the simplest and most complicated part of the process: the actual visit.

It’s simple because all of the pieces are already in place: we have the program mapped out and
visitors and professional contacts alike are typically excited about the program. On the other hand, it can be complicated dealing with cultural differences, and a busy program means that people can get worn out. However, these issues are universal because everyone is different and everyone gets tired; the intensity of the program and the uniqueness of the individuals creates a paradoxical sort of solidarity.

Someone from The Center (usually an
intern, with Beth attending occasional meetings) meets the visitors in the hotel lobby in the morning and, along with the English Language Officer and/ or interpreter from the Department of State, leads the visitors through the day’s appointments. Usually meetings are reached with the help of a local transportation company, or by walking if they are within a reasonable distance.

Now, let’s take a look at what a program might look like, using the most recent group of European visitors (5 journalists from Russia, Germany, Italy, Romania, and the Slovak Republic) as an example. 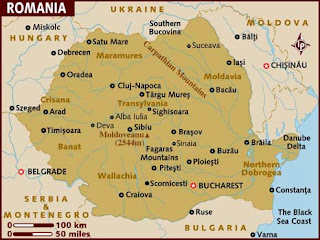 The next day began at the Indianapolis Business Journal with a peer-to-peer discussion of the role of news media in shaping public opinion on foreign policy at the local level and of how journalism is practiced in Indiana and Europe. Next, they visited Exodus Refugee Immigration to discuss challenges that refugees face in resettlement and immigration. After that, the group met with Col. Westfall of the Indiana National Guard to discuss how the National Guard operates and the Indiana-Slovakia National Guard Partnership. Next was a meeting with the Secretary of Commerce at the Indiana Economic Development Corporation to discuss Indiana’s economic status as well as how the state government functions. Finally, they met with a representative from the Office of Indiana Governor Mike Pence to get a tour of the office and an overview of its functions.

While in such a rapid-fire list the appointments may seem dry, the programs are always fascinating, and the one just described was no exception. The visitors are experts in their fields, and their meetings with similarly skilled professionals to discuss vital issues are exciting to witness.

Among all of the professional development sessions and appointments, the visitors might not get a look at what “regular” Americans – and in our case, typical Hoosiers – are like. To that end, we organize Home Hospitality…That is, we find volunteers in the Indianapolis community to host the visitors for dinner in their homes. In the case of the European group, the visitors from Russia and Romania visited the home of Ms. Betty Bledsoe, and those from Germany, Italy, and the Slovak Republic visited my own home! 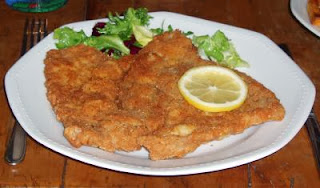 My parents and I prepared a meal for them (which included Wiener schnitzel from my dad’s home
country of Austria, to give it a personal touch) and had a wonderful conversation. We learned more about the visitors and their home countries, and hopefully the visitors learned a bit about us and got a glimpse of what Americans are like outside the context of professional appointments. Following my exposure to one of The International Center’s core programs, I am more convinced than ever that, by meeting individuals from other countries, we can all expand our own horizons.

Sign Up
The World Is Coming To IndianaWhen it comes to December…: Reflection of an Internship
Scroll to top