Nova Prata is a municipality in the mountainous Serra Gaúcha region of Rio Grande do Sul, the southernmost part of Brazil. The southern region is the smallest of five regions, holding about 1/7 of the nation’s population. Here lies the beautiful Serra Geral Mountain Range- the southern portion of the Serra do Mar Mountain system which is home to several national and state parks. The range runs east-west, parallel to the Atlantic Ocean and separates the coastal plain from the interior plateau.

Priscila Vansetti Machado – the Board Chair at The International Center – was born and raised among sugar cane fields and citrus orchards found near São Paulo, Brazil, located in the southeast region of Brazil, about 600 miles northeast of Nova Prata. In an interview with Priscila, she stated, “The southern portion of Brazil is so unique – from the pine trees to the mountain ranges and high altitude – its natural beauty is like none other. It is coldest from June to August, with occasional, light dusts of snow. This is very different from the tropical climates and low altitude found in the northern regions of Brazil.”

The southern tip of Brazil is largely populated by individuals whose German and Italian ancestors settled in Brazil between 1820 and 1930. Today, farm owners carry on the traditions and culture of their forebears through agricultural practices. Rio Grande do Sul is a major agricultural and livestock region with one of the world’s largest livestock populations. Herds of cattle, pigs, and sheep are tended by gauchos, the herdsmen of the Llanos, whose animals feed on the pasturelands of the plateau. The nutrient-rich, deep reddish-purple soil (terra roxa) that is found in the southeast and south of Brazil allows for large-scale commercial agriculture. Along with producing great quantities of beef and poultry, in 2020 Brazil was the top exporter of soybeans – Nova Prata specifically exporting $11.3 million in soybeans to countries including China, the Netherlands, and Mexico. 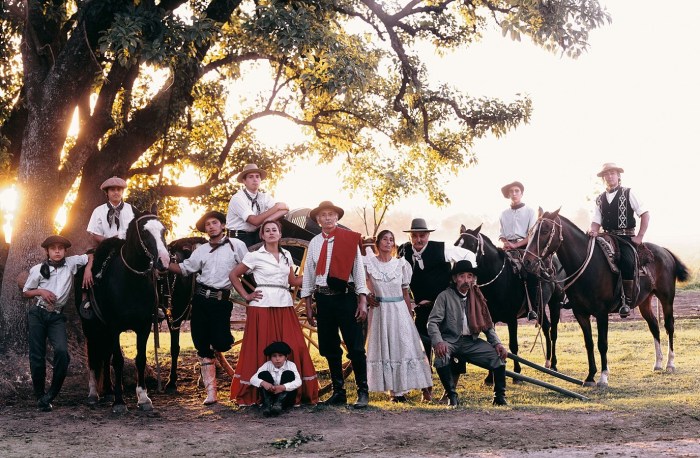 Brazil’s excellence in agriculture has spread to the Hoosier state. Priscila’s upbringing in southeastern Brazil has provided her with a deep understanding of agriculture’s importance in providing food and economic stability, not only to Brazil, but to the world. Now, she enjoys carrying on the traditions and culture of her native land alongside her family in Indiana, stating “We feel at home thanks to the Hoosier hospitality.” 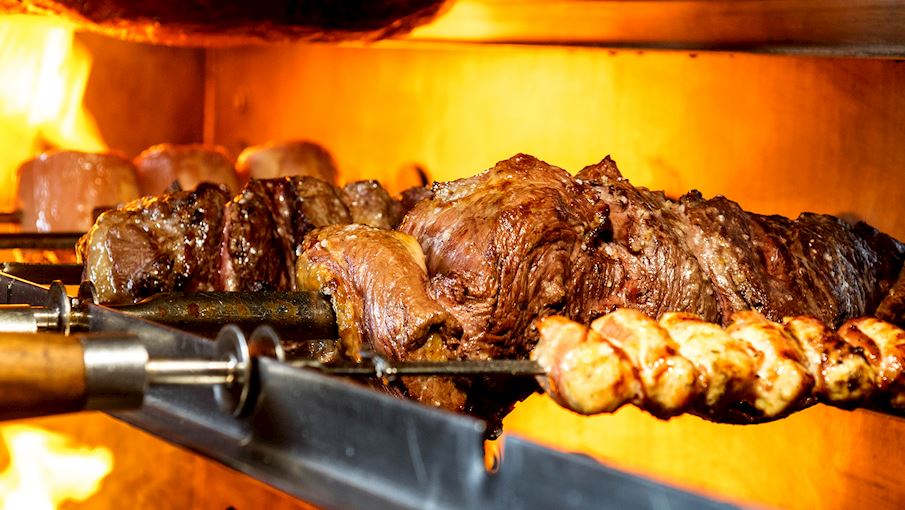 Arroz carreteiro is a traditional dish originally prepared by gauchos who needed a nutritious meal before embarking upon their arduous travels. Then, arroz carreteiro was made with dried beef, but today it can be made with either dried beef or leftovers from barbecues with other ingredients including rice, onions, sausage, bell peppers, garlic, oil, and parsley. When served, arroz carreteiro is often topped with grated parmesan. Another gaucho inspired dish found in the south of Brazil is salada de maionese, also known as gaucho potato salad. The salad is made with a combination of potatoes, carrots, peas, corn on the cob, thinly sliced green apples, raisins, and mayonnaise. This dish is typically served alongside barbequed churrasco.

Chimarrão is a traditional, naturally-caffeinated, infused tea that uses powder extracted from yerba mate leaves and stems. This powder creates a creamy texture with a nutty, grass-like flavor. Chimarrão etiquette is essential to drinking this tea properly. Normally, Chimarrão is mixed in a gourd with a filtered straw known as a bomba in Portuguese. The gourd is passed around in a circle of individuals, symbolizing friendship and acceptance. During this activity, you are not to move the straw, as it can greatly disturb the taste of the tea.

Every summer, this nonprofit rotates its hosts and sends student leaders from each city on a 10–12-day exchange. Throughout the exchange, students and dignitaries are engaged in homestays, a wide variety of activities, and tours of the city. Chase Elliott – President of Noblesville Sister Cities Committee – was able to participate in this exchange years ago, traveling to Italy alongside his father. He stated, “The experience greatly shaped my view of the world. It is amazing being able to bond over experiences with friends in different time zones and environments. Noblesville is proud to be a part of this organization by bridging the cultural gap in a unique way.”  By the end of the exchange, it is their hope that friendships and connections will be created that could one day bring about peace. 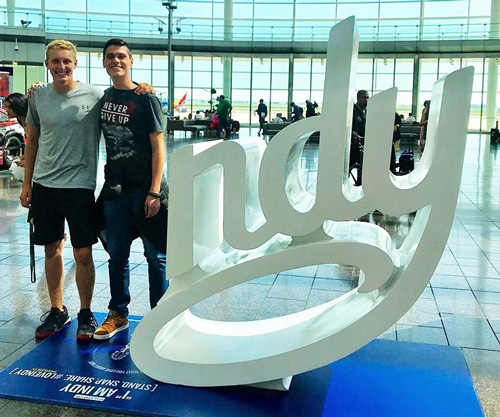 While the onset of the COVID-19 pandemic has put a pause on the exchange program, Sister Cities International has taken several initiatives to maintain close contact with their Sister Cities during this time. Using video conferencing and cross-platform messaging platforms like Zoom and WhatsApp, leaders in each city have been able to carry on communication. Most recently, Italy has been taking in refugees from Ukraine and to support these efforts, Noblesville Sister Cities Committee has been exploring how they could get involved. For example, Noblesville hopes to add Zhytomyr as a Sister City, making it the first quadrilateral agreement in the Sister Cities International network.