On June 17th, I received a rather distressed email from a woman named Katy Keck, representing the 2014 Crop Hunger Walk. It had been forwarded to interns in The International Center because one of the interns from this organization had to drop out due to an emergency, and they needed someone to replace her for the following day. The email stated “The main skills needed are that they can drive, film with a flip cam, and keep on time. Guaranteed lots of laughter, great experiences, meals and a good recommendation for a job well done.”


Well, I could do all of those things! And a day in Indianapolis sounded like a nice break from my desk.

I responded, and was called later that night in order to plan where I should be meeting Maurice Bloem, the “walker” in this 100-mile hunger walk. This year, he walked 100 miles in Michigan, Indiana, and Illinois in order to raise awareness for global poverty and funds to combat it. It was his third year of this annual commitment and the third region of the US that he walked in. In order to learn more about his cause, please go to Maurice Bloem Tumblr.

First up: meeting Maurice at 7am for breakfast and driving him to his TV interview at Fox 59. As we got to know each other, I learned that a plethora of bad luck had plagued him since he started his walk. Not only did he have a hurt ankle, but someone had previously stolen his laptop and phone, his replacement phone had broken, and on top of it all, the intern that I had replaced for the day was having family issues and couldn’t help him complete the 100 mile challenge he had given himself. Nevertheless, he was cheery throughout the morning and dedicated to his cause. I was happy to be able to help him out when nothing else seemed to be working out for him.

At Fox 59, he was interviewed about his walking plan for the next 5 days, as well as why he was devoted to this cause. You can see his whole interview at this link

The second trip for the day took us to Gleaner’s Food Bank. 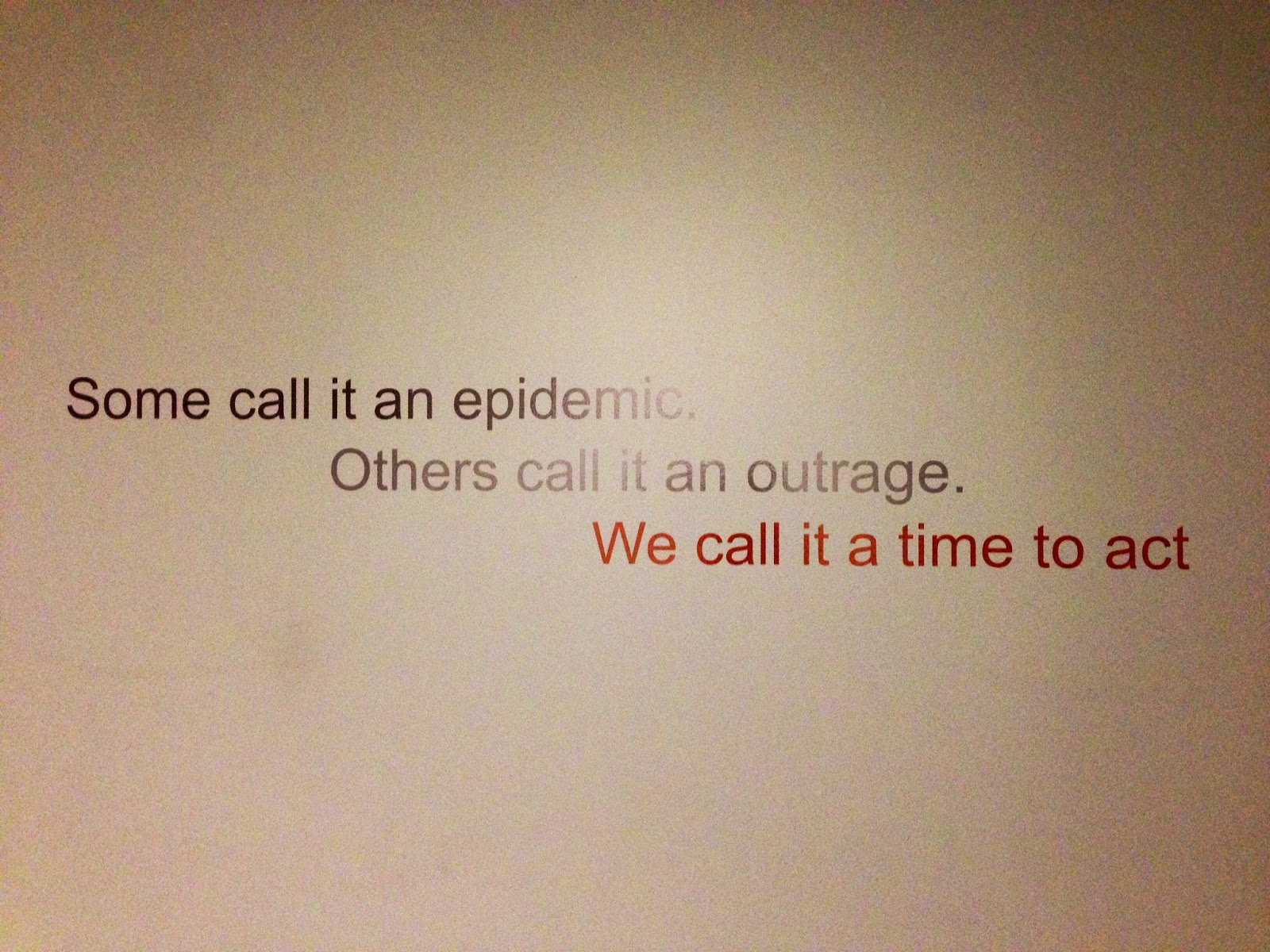 We were given a tour of the facilities with Peg Strodtbeck and Debbie Russell. I honestly believe that Gleaner’s is the biggest, most beautiful state-of-the-art food bank that I’ve ever seen! Not to mention, every employee was so kind and gracious in explaining what they do there. We walked in and out of the food facilities, refrigerators, freezers, and storage warehouses. You can see quite a bit of the tour that I had filmed, in this video on Maurice’s website.

Finally, it was time for Maurice to start walking. I dropped him off near White River State Park so he could walk along the canal before he met up with some other walkers at the Christian Theological Seminary near Butler University. After about an hour and 3 miles down, I found him again and we made our way there. He and a group of people walked from there to the Monon Trail, intending to return to downtown and walk on the historical trails. While he was with his group, I was shuttling people to and from their cars and the trails. I took chances to interview participants on his theme for the 2014 walk- Women’s Empowerment. Here, you can see a couple of the interviews I helped with!

Once 7:00pm rolled around, it was time to pick up Maurice from downtown and help him get his stuff together for his next destination, Chicago. As I was on my way, it decided to storm hard for about 10 minutes, making it hard for me to drive and drenching him right at the end of his walk. He still got 25 miles in Indianapolis, despite everything!

After thanking me multiple times for my help, giving me free t-shirts and Injinji socks (the company had sponsored him), he then gave me my turn to interview.

I was so happy to be able to volunteer and learn so much about his cause. This last-minute volunteer decision became one of my fondest memories of Indianapolis and its community. I look forward to the next time I can meet new people through opportunities at The International Center!

You may still be able to donate here.

I’m sure Maurice will be continuing his walk next year, so follow him on his website to receive updates on his cause!